If you’re like a lot of people, you’ve probably heard of carbon monoxide poisoning, but you probably hadn’t given it much thought until the recent tragic events in Smithfield.

On February 15th police and emergency medical workers responded to a 911 call from a man who had discovered his wife and three children unconscious inside their Smithfield home. The children were rushed to Hasbro Children’s Hospital and later released. Their mother was unconscious upon arrival at Fatima Hospital where she succumbed to the effects of carbon monoxide poisoning three days later.

Smithfield Fire Chief Robert Seltzer told reporters, “From what we can understand there was also some soot in the house which is indicative of a heating system failure of some sort. It appears to be an oil fire heating system.”

Where does Carbon Monoxide (CO) Come From?

Carbon monoxide (CO) is an invisible, odorless gas that is produced when heating oil, natural gas, wood, charcoal, or other combustible materials are burned. People and animals can usually withstand exposure to low levels of carbon monoxide without suffering any negative health effects, but prolonged exposure to high levels of the gas can be fatal.

Carbon monoxide poisoning can occur when the gas is not properly vented from. Over time, the trapped gas can reach toxic levels which can cause a variety of health problems including difficulty breathing, loss of consciousness and even death.

According to the U.S. Consumer Product Safety Commission, approximately 200 people in the U.S. die each year from carbon monoxide poisoning caused by problems with their home heating systems. To lessen the risk, the Centers for Disease Control and Prevention (CDC) recommends having annual safety inspections of your home’s “heating system, water heater, and any other gas, oil, or coal burning appliances serviced by a qualified technician every year.”

As the old saying goes, “an ounce of prevention is worth a pound of cure” when it comes to protecting your family from the dangers of carbon monoxide.

During the inspection, the technician will check for small cracks in your HVAC system, which could cause a potential gas leak, and repair them. He’ll also make sure your system is properly vented to prevent soot and carbon monoxide from leaking into your home where they can be present serious health risks to your family and pets.

It’s also a good idea to invest in CO detectors. Carbon monoxide detectors can be purchased at most hardware and home and garden stores and are relatively inexpensive.

Most heating and cooling companies also sell and install detectors. Proper placement of carbon monoxide detectors is key to their effectiveness. If you plan to install detectors yourself, be sure to thoroughly read and follow the manufacturer’s instructions.

Call Evergreen Plumbing and Heating at (401) 320-4624 or complete our contact form to schedule a safety inspection of your home’s heating system.

Report indicates how CO built up in Smithfield home 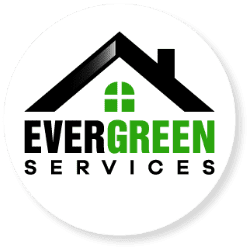